Since cinema reopening began in the UK and beyond, the demand for a bite to eat and a film has proved second only to the rush to get your haircut organised! As we look forward to watching a host of cinematic wonders across the big screen over the coming months, we know so many of our #forgeshoppers are more than excited to be able to finally grab their popcorn and nachos, and head back to the fantastic picture house that is Cineworld Parkhead Forge! If you’re planning a visit to the cinema soon, some new #moviereleases on the horizon include;

Based on Disneyland’s theme park ride where a small riverboat takes a group of travelers through a jungle filled with dangerous animals and reptiles but with a supernatural element. Produced by Walt Disney Pictures, the film stars Dwayne Johnson, Emily Blunt, Édgar Ramírez, Jack Whitehall, Jesse Plemons, and Paul Giamatti. Set during WWI, riverboat captain Frank Wolff transports British scientist Dr. Lily Houghton, and her brother MacGregor, on a mission into a jungle to find the Tree of Life, which is believed to possess healing powers that could be of great benefit to modern medicine. All the while, the trio must fight against dangerous wild animals, a hot and deadly environment, and a competing Imperial German expedition that is determined to find the tree first. 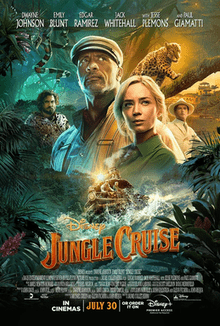 The Suicide Squad is a 2021 American superhero film based on the DC Comics team Suicide Squad. Produced by DC Films, Atlas Entertainment, and The Safran Company, and set for distribution by Warner Bros. Pictures, it is a standalone sequel to Suicide Squad (2016) and the tenth film in the DC Extended Universe (DCEU). It was written and directed by James Gunn and stars an ensemble cast including Margot Robbie, Idris Elba, John Cena, Joel Kinnaman, Sylvester Stallone, Viola Davis, Jai Courtney, and Peter Capaldi. In the film, a task force of convicts are sent to destroy a Nazi-era laboratory and encounter the giant alien Starro. 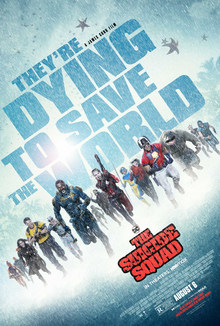 PAW Patrol: The Movie is the upcoming animated film based on the television series PAW Patrol. The film is produced by Spin Master, the toy company behind the original series, with animation provided by Mikros Image. It is directed by Cal Brunker, from a screenplay by Billy Frolick, Brunker and Bob Barlen, and produced by Jennifer Dodge. It is the first film adaptation of the PAW Patrol series. The film follows Ryder and the pups who are called to Adventure City to save it from the evil Mayor Humdinger before he destroys the bustling metropolis. The voice cast will include Kingsley Marshall, Keegan Hedley, Shayle Simons, Lilly Bartlam, and Ron Pardo reprising their respective PAW Patrol roles, while they will be joined by newcomers Iain Armitage, Marsai Martin, Yara Shahidi, Kim Kardashian, Randall Park, Dax Shepard, Tyler Perry, Jimmy Kimmel, and Will Brisbin in his first acting role. 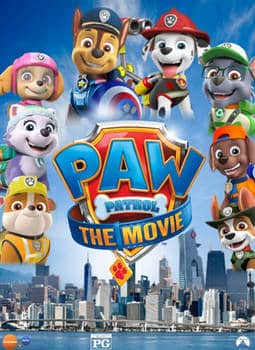 And of course, available to watch right now @ Cineworld Parkhead Forge are the likes of;

In Marvel Studios’ action-packed spy thriller Black Widow, Natasha Romanoff aka Black Widow confronts the darker parts of her ledger when a dangerous conspiracy with ties to her past arises. Pursued by a force that will stop at nothing to bring her down, Natasha must deal with her history as a spy and the broken relationships left in her wake long before she became an Avenger.. 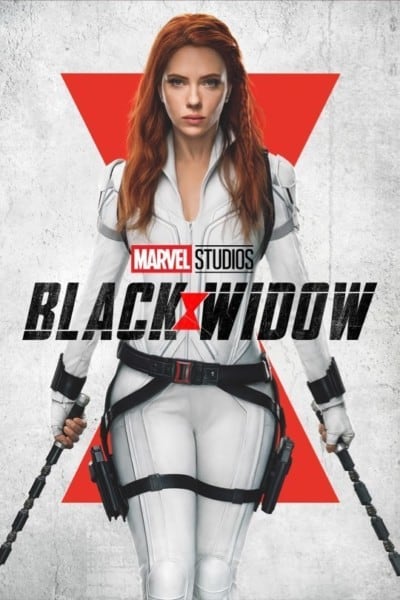 Still searching for a place to settle down after the cataclysmic events of The Croods (2013), the overprotective prehistoric patriarch, Grug, leads his family to the great unknown. Hoping for the best in an increasingly dangerous world, while trying to come to terms with Eep and Guy’s budding romance, Grug stumbles upon a secluded Eden of plenty, containing everything that they have been seeking. However, there is a catch. This verdant heaven on Earth is already occupied by the significantly more evolved Bettermans: Phil, Hope, and their daughter, Dawn. Now, as tensions boil over between the antagonistic clans, a new menace threatens the future of both families. Can the Croods and the Bettermans put aside their differences to fight the common enemy, and live to tell the tale?! 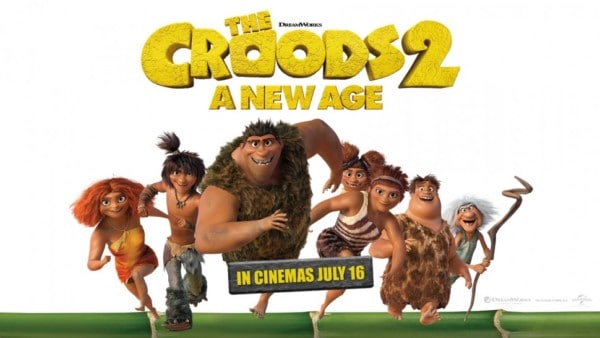 An old couple living with their grandson, yearn for the love of their children, who live abroad and hardly visit them. The frustrated couple hatch a plan to make their children come home. This Indian Telugu-language social drama film written and directed by Satish Vegesna deals with ‘tradition-technology conflict’ and ‘midlife crisis’. The film features Sharwanand, Anupama Parameswaran, Prakash Raj and Jayasudha in key roles. An ensemble cast including Naresh, Indraja, Raja Ravindra, Shiju, Himaja, and Sithara plays supporting roles. The score and soundtrack are composed by Mickey J. Meyer, and cinematography is by Sameer Reddy. The screenplay of the film was archived at the Oscar Library and the the film received the Best Popular Film Providing Wholesome Entertainment award at the 64th National Film Awards in India. 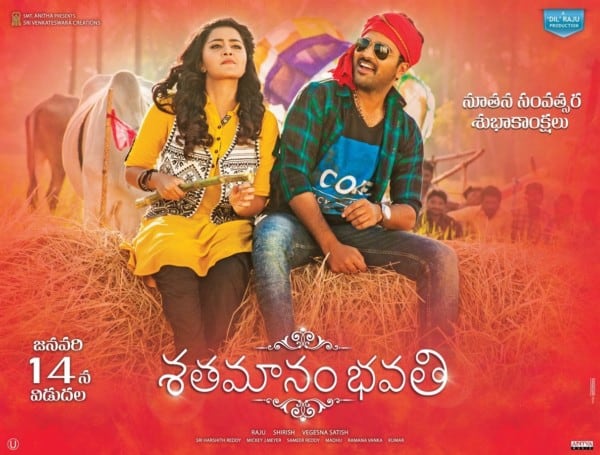 Located in the East End of Glasgow within the Forge Shopping Centre, Cineworld Parkhead boasts 7 screens, is served by our large free car park and has fantastic transport links. The cinema has easy disabled access and has regular subtitled shows.

Cineworld is also perfectly suited to host your event – with screen hire available for a variety of activities, from school hires and birthday parties to gaming hires or private conferences. The cinema has comfortable stadium seating and state of the art speaker systems which provide superb views and sound. Catering is available, from hot drinks and pastries to full buffets; Cineworld can also offer fantastic corporate deals on refreshments.

Want to introduce your children to the exciting world of cinema? Then get involved with Movies for Juniors, the discounted weekly screenings of kids films at Cineworld Cinemas. (Children must be accompanied by adults.) From just £2.50 choose from a selection of lively kids movies – from animated films to live action features!

Autism-friendly screenings. These are special performances of recently released films which have subtle changes to the cinema environment which means people who have sensory differences may have a more positive experience than they would in a traditional cinema setting. Changes include the lights being kept on at a low-level, the sound being turned down and there are no trailers of advertisements – just the film. We aim to hold these performances on the first Sunday of each month, for more information please check the Cineworld website, www.cineworld.co.uk

*Please note that in the interests of health and safety, customer data will be collected by cinema operators for track and trace. 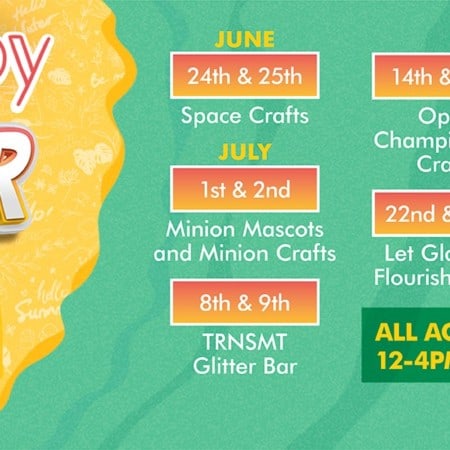 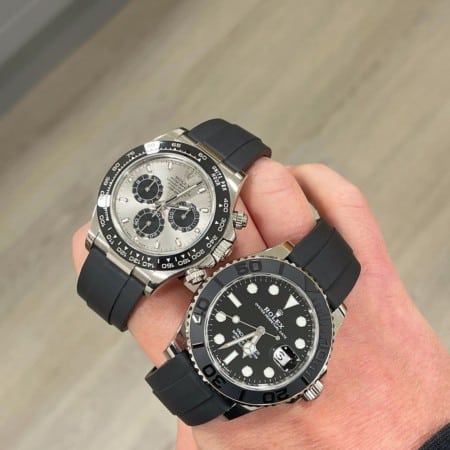 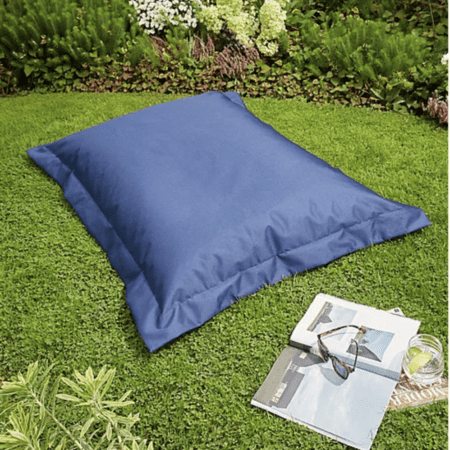 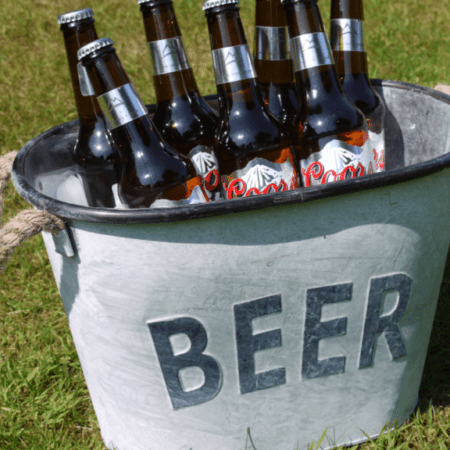 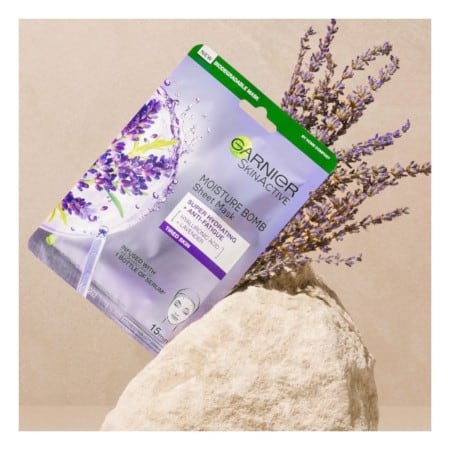 Looking for a new summer wardrobe but don't want to break the bank 👕💸 Pop down to Peacocks and grab yourself a deal with their 20% off everything in store🤩👀#theforge #makeitforge #unforgettable #salem pic.twitter.com/jekCmKorcq

Fancy a Sunday treat😋🍦Why not pop down to Bensons and grab yourself something sweet🧁🤩 They have all your favourite ice creams that can be made into a shake🤯👀 #theforge #makeitforge #unforgettable #sweet pic.twitter.com/eFbjoptsuL

Looking to start the ball rolling and get the school uniform in.🏫👩‍🏫 Look no further Kiddie Boutique The Forge have you covered!😁 They have everything your little one needs including school shoes, bag and uniform🎒📚 #theforge #makeitforge #unforgettable #schools pic.twitter.com/48jJl061yT

Don't forget we have loads of fun planned here at The Forge!😆✨ We have all different arts and crafts throughout the summer holidays and a few special appearances from your favourite characters👸🎨 And don't forget the Mini Zoo you wont want to miss it🕷🐰 pic.twitter.com/zEUmW8ynYh

What are your plans this weekend?💃 Heading out why not treat yourself to a brand new outfit from Quiz😍👗 They have all the latest styles in store and have something to suit everyone✨🧡 #theforge #makeitforge #unforgettable #style #weekend pic.twitter.com/nvKFzzHhF8